The President RSL South Eastern District was pleased to accept the nomination to become State Deputy President of RSL Queensland and was elected to the post at the recent State AGM held at the RNA Showgrounds on Tuesday 24th November.

The RSL South Eastern District Board have elected Mr Kerry Gallagher AM to the Interim President position. This will be ratified at the forthcoming Council Meeting and a new President elected at the 2021 AGM. 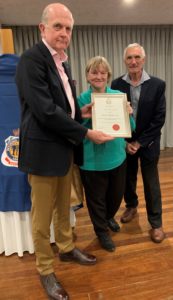 Call to action is set in the ‘options’

On standard pages, there isn’t much need to include all custom fields as we don’t really need the content. But, you might want  a simple call to action. To make it easier, all standard pages will use the same call to action! Super useful for things like ‘contact’ or ‘subscribe’ or a cool end of page reminder. You can change this under ‘options’ .